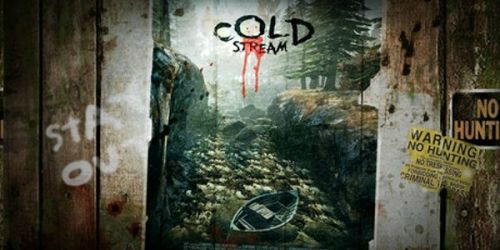 It sure took Valve a long time to get to this point, but now we have an official release date for Left 4 Dead 2 campaign, “Cold Stream”, set to release later on this month.

While PC users have been playing "Cold Stream" for months (over a year now, but who’s counting?) the Xbox users have waited a long time for Valve to announce the official end of beta testing and release date of the highly sought after campaign. Now, it gives me great pleasure to relay to all Left 4 Dead 2 fans out there that "Cold Stream" will be arriving as DLC on July 24th, giving you more than enough time to get re-acquainted with the zombie apocalypse before you’re completely overrun with new content. In this DLC, players will finally be given the official, Valve-play tested, user-made map to enjoy. But that’s not all. Not only do we get a whole new campaign map, but also the remainder Left 4 Dead 1 maps missing from Left 4 Dead 2; "Blood Harvest", "Death Toll", "Dead Air", and "Crash Course" will be included in this add-on. Basically, we’ll only ever play Left 4 Dead 1 again to relive the wondrous moments of 25-point Hunter pounces and/or spamming the auto shotgun. Though this DLC will render Left 4 Dead 1 almost totally obsolete to its successor, at least now players won’t have to play separate games to enjoy different map pools.

As an added bonus, Valve has made it so that Left 4 Dead 2 gametype variants, known as Mutations, will be able to be chosen at any time rather than weekly swapping in and out new ones. Popular game Mutations, such as "Taannkk!" and "Confogl", will be ready to play whenever you choose, and will certainly help breathe new life into competitive Left 4 Dead communities.

It hasn’t been stated how much the "Cold Stream" DLC will cost, but we would guess this way overdue bundle will end up being around 500 like most Left 4 Dead’s other DLC’s. So, save up and be glad that we finally have a Xbox 360 release date (I was beginning to think Valve had forgotten about us).