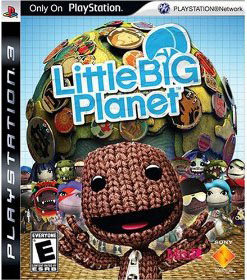 LittleBigPlanet has been out for several weeks now.  You've likely played through the clever and quite well done story mode.  The meat of the game, a virtual cornucopia of user created content, is spread out before you like a Sackboy buffet.  You check a few out, find a few favorites, and then, the next time you log in, you find they are gone.  Poofed.  Disappeared.

You would expect some levels to be deleted, certainly.  All the countless Mario levels, for instance.  Mirror's Edge, Metal Gear Solid, and many other games have been "reimagined" in Sackboy form.  It's no surprise that these types of levels are being pulled.  (Personally, I don't think they hurt anyone, but I suppose the threat of a lawsuit is too much.)  But what about this report from AeroRant?

I booted up today and two of my levels had been taken down. They deleted my Election level, which had over 20,000 plays and had been hearted a lot. I can almost understand them taking that one down because of the use of images, but it still hurts. The one I don’t understand is my Object Creation Station level. This was just a bunch of objects that I have made in which you can collect them all for personal use. This level did not use any copyrighted materials at all. When I tried to republish any of my levels I found myself locked out of publishing any new levels at all.

Most uncool.  Particularly upsetting is the last bit there, about not being able to publish new levels.  In response to reports like these, Sony has released an official set of guidelines as to what is and is not allowed in LBP user created content.  First, inappropriate content will be removed (no phallus monsters, a la Spore).  Secondly, "don't use images, brands or logos that you're not entitled to use".  That's about as open ended as it gets.  Technically, can we even make a Sackboy object, for example?  It seems the proverbial can of worms has opened here. The official press release from Sony is after the break.

"The vast majority of content uploaded to date has been fun and suitable for all of our community members. In a very few cases we have upheld complaints regarding unsuitable content or infringement of intellectual property, with less than 0.5% of levels actively moderated as a result of complaints from other users.

"Sony Computer Entertainment are committed to continually improving our moderation procedure and the methods of communication we use, in particular regarding the reasons that user complaints are upheld. In the meantime, here are some suggestions for all of our creators:


"Thanks to everyone that has contributed to LittleBigPlanet so far. Keep enjoying yourselves!"