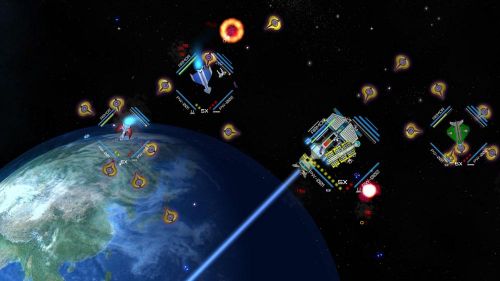 Today I'm incredibly proud to announce that SCHAR: Blue Shield Alliance, a side project I've been working on for the better part of the past year, is now available to download on the Xbox Live Indie Games channel.  The game is a four player local co-op twin stick shooter with plenty of other elements mixed in like an RPG class system and dozens of upgrades to tweak how your ship handles and performs.  With 36 missions, 9 survival missions, and a free play mode there's tons of gameplay to keep you coming back for more.

To download to game all you need to do is fire up your Xbox, hit up the Marketplace and select the Indie channel.  You can also click this easy to use link and queue it up for download right now!

The PC version of SCHAR: BSA will be available in the coming weeks along with our first content update for the Xbox version.