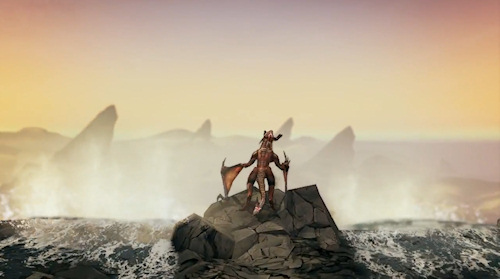 It's almost time for another gaming convention, or in this case, comics and games.  The San Diego Comic Con kicks off today and with it comes some gaming goodness.  If the last full Borderlands 2 trailer we saw had too much DubStep for your eardrums to handle, perhaps you'd prefer the latest rendition - with a little Wimoweh.  Yes, this will be stuck in your head the rest of the day.

The trailer focuses not only on the action, but showcasing the variety of enemies you'll be slaying in the game's four player co-op mode.  I spy some pretty nifty abilities by all the characters.

Borderlands 2 is out this September for the Xbox 360, PlayStation 3 and PC with four player online co-op, 2 player local co-op, and combo co-op.  And don't forget to check out our video interview with Gearbox's Randy Pitchford from E3 2012 where he talks plenty of co-op and Borderlands 2 goodness.