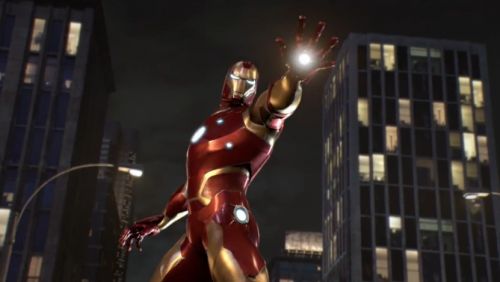 Remember The Avengers? That was the superhero movie everyone was hyped about earlier this year. I know any memory of that particular film has been thoroughly drowned by the tsunami of anticipation which is propelling you toward this Friday. Once you get over you abject joy (or lackadaisical indifference) of witnessing The Dark Knight Rises, where will you turn for your next escapist fix?

How about Marvel Avengers: Battle for Earth? This motion-controlled beat'em up will focus on the elite team of Marvel superheroes, as well as some of the multimedia giant's other popular characters. MA:BFE's site states the game will support a "wide variety of game modes," including "Co-op, Campaign, Arcade, Challenges, Versus, and Tournament" options.

The following videos don't offer any gameplay footage, but they will allow you to see some of the 20 playable characters in cinematic action.

Looks like the game will be eschewing a movie tie-in. Glad to see Black Widow wasn't left out.

Marvel fans will recognize what's happening here. Hell, I haven't bought a comic since the 90's and I still know what's going on. If you don't know why Captain America looks the way he does at the end of the video, you may want to catch up on 2008's "Secret Invasion" storyline. More details on the game itself can be found here.

Marvel Avengers: Battle for Earth is supposed to support co-op as well as the Xbox 360's Kinect motion controller. Kinect co-op games are usually two player local co-op affairs, so I would assume that the same trend would apply here. Those details haven't been release yet, so this is just speculation on my part. The game will also be coming to the Wii U. Look for it on both systems this fall.