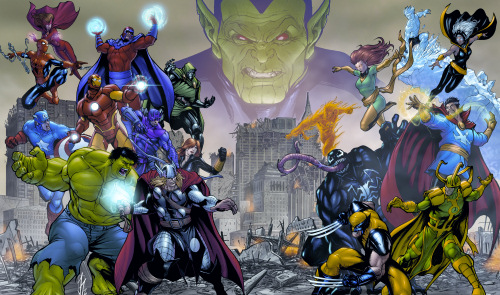 Ubisoft have just revealed the full character lineup of their Marvel Avengers Kinect game featuring 20 playable heroes from the comic book universe.  Marvel Avengers: Battle for Earth is set to be released on October 30th and has players choosing a hero to play as in a fighting game powered by Kinect.  Yuuuuup - you're gonna be jumping around your living room pretending to be a comic book character to play this one - it's ok, we know you do that anyway in your feetie pajamas.

On the co-op side of things, the game lets you team up locally with a friend to take down some bad guys.  Just remember that Wolverine can't do a high five.