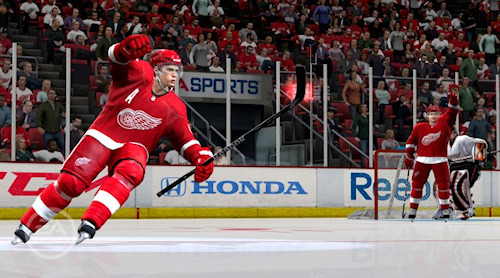 Some of my favorite co-op memories involve the Sega Genesis and games of NHL 95 with my buddy.  Sports games are a natural co-op occurence and most games will let you play locally with at least two players vs the AI.  Sure we've had a few games that have added a dedicated online co-op mode, but these modes so far haven't been persistent.  All of that looks to change with NHL 13's new mode called GM Connected.

As the trailer shows, players will be able to form leagues and teams of up to 6 players and take on other players or limit it to co-op vs the AI in a full season.  You'll be able to track progress from the web and other devices and keep a season going adding some depth to what is traditionally a comp-stomp style co-op experience.