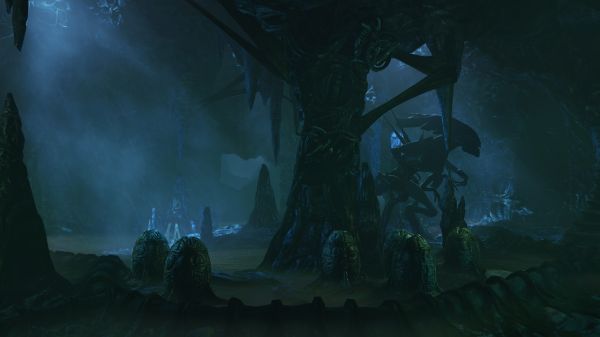 Machinima's Inside Gaming series continues to profile Aliens: Colonial Marines. This video has the fellas from Gearbox discussing how they develop tension in a game like A:CM. The setting, lighting, and sounds all come into play. Of course, the most effective tool is the motion tracker, which lets you know when the xenomorphs are closing in. Pretty much every personal radar in every game, ever, is based off this device.

You'll need a competent co-op partner to use the motion tracker successfully. Since you can't use the tracker and shoot at the same time, it would be wise to work as a team. When we played the multiplayer mode at E3 we quickly realized that proper use of the little gadget was absolutely essential for survival.