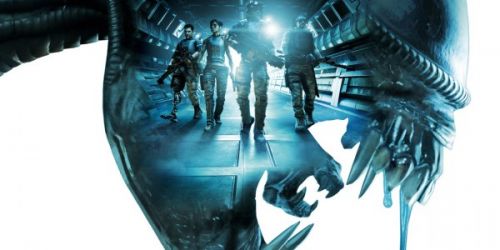 Good news!  The long wait is almost over.  Aliens: Colonial Marines has gone gold and is getting ready for distribution on the Xbox 360, PlayStation 3 and PC.  It's been a long road for the game - we announced it on the site on February 21st, 2008 - almost 5 years ago.  Four player co-op alien slaying is within our grasp.  But the news isn't ALL good, Wii U owners looking to use that gamepad as a motion tracker aren't going to get their hands on the game on February 12th.

While the above mentioned versions have gone gold, there was no mention of the version on the Wii U.  Eurogamer reached out to SEGA to ask them the status of the game on the console, and instead of giving a firm release date, they merely said it would be out within the Wii U's launch window.  That "window" - a length of time artificially created by Nintendo - is set to expire at the end of March, 2013.  Interestingly enough, the Wii U version of Colonial Marines is being developed by Shoot Many Robots developer Demiurge, not Gearbox.

So while Wii U owners shouldn't have to wait as long as everyone else did, it is a minor disappointment that they'll miss the game on February 12th with everyone else.

Here's the official TV commercial to get you excited for the game.