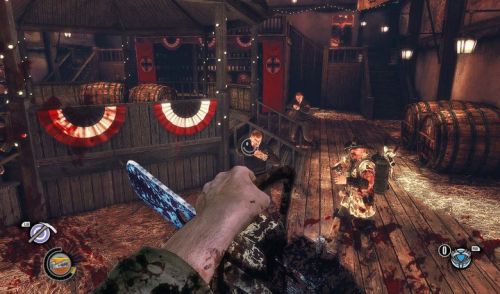 Brothers in Arms: Furious 4 is getting a new name. Well, not really a new name, it's more like a shorter name. It's becoming it's own IP. According to Eurogamer, this means Gearbox is ditching the "Brothers in Arms" moniker for this particular title and simply going with "Furious 4." The game's title has been changed on the Gearbox home page, so it checks out.

Check out following screenshot from the game's Facebook page. Why yes, that is an eyeball in the middle of that pick axe massacre. I guess this is a pretty accurate visual depiction of the word "thwack". Maybe add in a little "sploosh" for good measure.