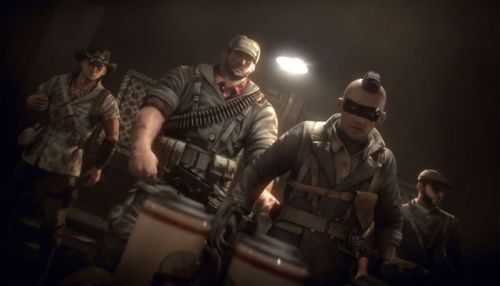 With Borderlands 2 coming this September and Aliens Colonial Marines coming next February, you'd think Gearbox would have a full plate of game development.  But apparently there's still room for dessert because there's another co-op title from the Texas studio still in the works, one based on its classic franchise, Brothers in Arms.

Brothers in Arms: Furious Four, announced during last E3, is still coming.  Things got a little touchy recently when trademarks for the game were seemingly abandoned.  Thankfully The Verge did some digging, and it turns out it was merely an administrative matter, and wasn't an indication that the title was cancelled.

The game was originally set for a 2012 release, but with such a long period of silence on the title, we'll most likely be seeing it after Colonial Marines next year.  Hopefully we'll hear more about the game at E3 in a few weeks and Co-Optimus will be there to bring you the info.