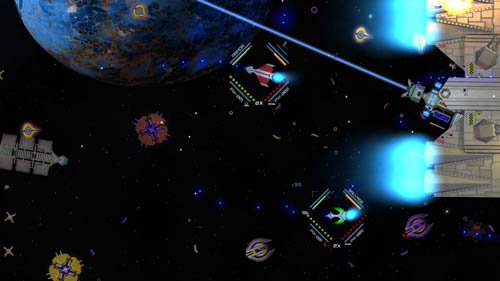 The first patch for the Xbox 360 version of SCHAR: Blue Shield Alliance is now available.  The update brings a host of improvements including difficulty balancing, AI enhancements, control tweaks, and general bug fixes.  It's taken quite some time for this patch to finally be available, and your patience is appreciated.  All of these enhancements have been available on the PC version now since release.

Along with the release of the patch, the price of the Xbox Live Indie Game version has been permanently dropped from 240

Or you can grab the PC version on Desura by using the button below.