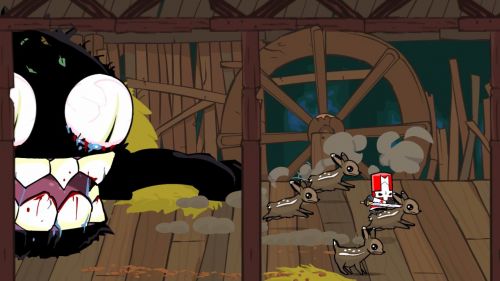 In 2008, one of the greatest beat-em-ups of all time was released on Xbox Live Arcade. It went on to become a smash hit, one of the best selling games on the service. In 2010, that same game was released on the Playstation Network, allowing PS3 owners to enjoy it. Now, more than four years after its initial release, non-console gamers can get their hands on Castle Crashers.

This week, September 26th to be exact, the colorful knights are making their way onto Steam. The game will support PC and Mac play, so no matter which computer you prefer, there will soon be no excuse for playing one of the most enjoyable games of this console generation. So grab a friend or three, pick up a sword, mace, or staff, and collect those princess kisses as fast as you can.