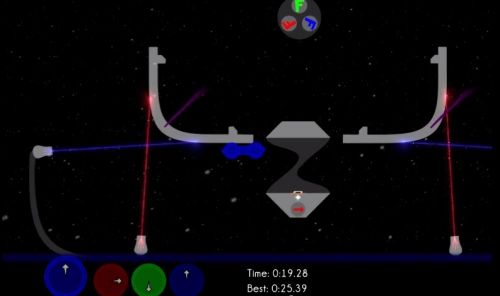 This week is a light one for co-op gaming, which is fine by me. Like many of you, I'm still plowing through the terrific games that launched last week. If you are in the market for something new, checkout Colour Blind. It's a thinking man's puzzler.

Colour Bind (PC) We got to chat with the developer of the mind-bending indie puzzler at PAX.  Players manipulate color-coded gravity to escape levels. It's waaaay more interesting than it sounds. Check out our interview.  2 player local co-op

Realms of Ancient War (PSN)  This action RPG offers something for local co-op players. The co-op has an arcade vibe, focusing on drop-in/drop-out accessibility. You can see our review of the XBLA version here. 2 player local co-op

Here's a list of the other major retail releases of the week, complete with Amazon links. If we missed something, be sure to let us know in the comments section.