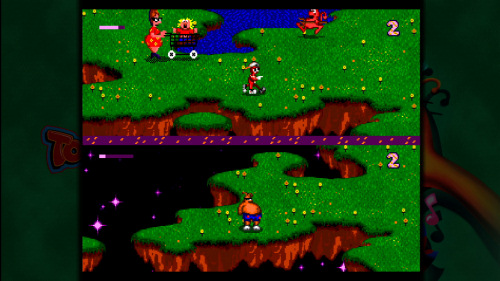 and will launch on November 7th featuring both games bundled.

Both ToeJam & Earl games will support both local and online co-op play with each player taking control of either ToeJam or Earl.  The game is even one of the earliest games to support a dynamic split-screen mode where the game will split both players views if they wander too far from each other.  Both games also support trophies and achievements and still retain the super funky soundtrack.

Also, shoes and a boombox.