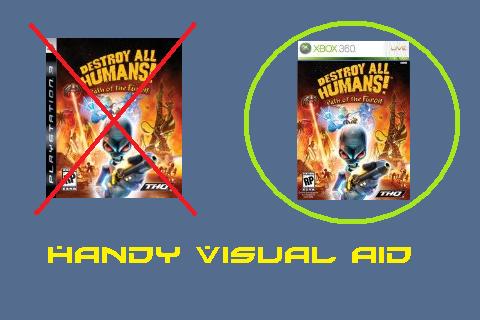 Destroy All Humans: Path of the Furon is scheduled for release next week.  On one system, anyway.  It appears that another PS3 title has been canned due to "development issues".  The game is still on track to be released for the Xbox 360, however.  I can't recall the last time a game was canceled so close to it's actual release date.  To alien-loving PS3 co-op'ers, we send you our condolences.  To those who were looking forward to the latest title in the Destroy All Humans series on the 360, congratulations.  Co-op details are unclear at this point, but we'll let you know as soon as possible.  You may let the cow probing commence on December 1 for the budget price of 39.99.  In the meantime, check out a trailer for the game after the break.