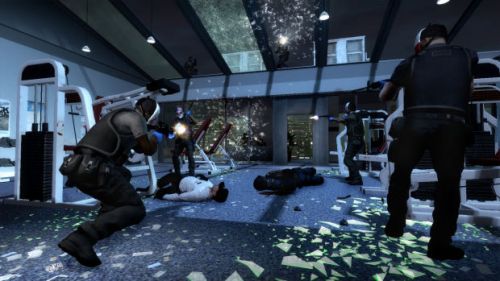 By now, you’ve probably conquered every heist there is to complete and discover in the game since the game’s release over a year ago. It’s hard to imagine that there would be more vaults to discover, especially ones that were right under your nose the entire time! Recently, some hardcore gamers have found a super-secret, hidden vault that takes loads of effort and patience to complete. Do you and your partners have what it takes?

In the opening map of First World Bank, you can find this vault with a crap-load of gold by meeting a certain list of criteria found in the video below. Trust us on this: you’re going to want some skillful buddies to help you with this mission, because it’s one of the biggest doozies we’ve ever seen. Did you ever think that waiting two hours for a drill to open a vault door, all while a continuous stream of SWAT members try to kill you, was long enough? Study this video and note everything this gamer explains:

After this team discovered and completed the mission, the developers of PAYDAY, Overkill, sent them a personal message praising their valiant cooperative efforts. But that's really about it. Yeah, there’s no special achievement to be won here besides bragging rights, but it’s still a massive accomplishment that through solid co-op skill can only be achieved. Try it out for yourself and see how you do! We’d love to hear any and all stories about it.