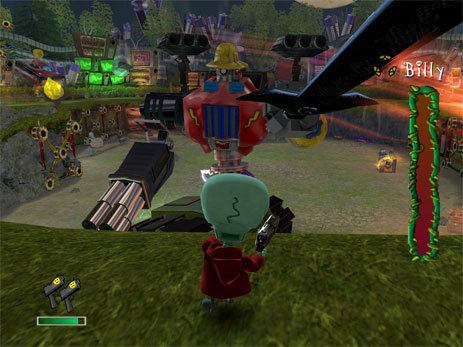 The evolution of the Death, Jr. series is taking a rather strange twist.   Death, Jr. titles have previously only been available on the PSP, but the latest game is being tricked out and reworked for release on the Wii.  While co-op has already been featured in the series, it required a friend with a PSP and a 2nd copy of the game.  The Wii version looks to fix that, allowing for players to take control of both Death, Jr. and his lady pal Pandora in split screen on the same console.  The original version of the game got mediocre reviews due to control and camera issues, but both systems are being revamped to use the capabilities of the Wii remote.  Of course you can expect a graphical tuneup as well.  This should make for a far better experience as players work their way through the games 19 levels.  Look for Death, Jr. to rise from the grave on the Wii this summer.