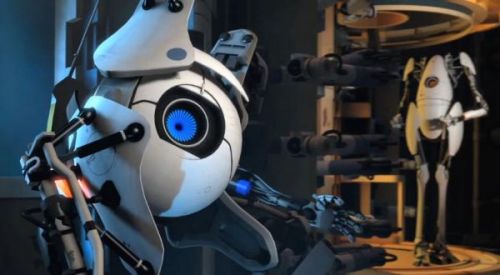 Consoles might have had the split-screen co-op advantage on Portal 2 that their PC counterparts didn’t for a good while, but those days are now gone. Along with some minor fixes, Valve has recently added the split-screen co-op mode to the PC version of Portal 2, making Steam the undisputed best way to experience the entire game on one platform.

This bit of news might not be anything special for the PlayStation 3 and Xbox 360 users out there, but many PC gamers have been waiting for this feature to be officially added for quite a while (although it’s already been done with minor hacking). Those that hold Portal 2 on Steam can now join in the co-op portal placing, puzzle solving action that has to offer, all through a single screen and adding to their local co-op capability previously unheard of. The addition of Big Picture support from Steam allows PC players to enjoy the same experience as their console brethren by blowing up their games onto big screen TV’s. However, the inclusion of the Perpetual Testing Initiative features and support from Gamepad play (also specifically designed for this option) pretty much seals the deal on the PC version being the best out there, which is nothing new in terms of Valve.

So, there you have it! Why not share in the Atlas and P-Body togetherness at your Thanksgiving shindig and grab the Portal 2 update now on Steam? Is the Valve update better than working around it yourself? Tell us what you think of the official PC split-screen update in the comments section below.