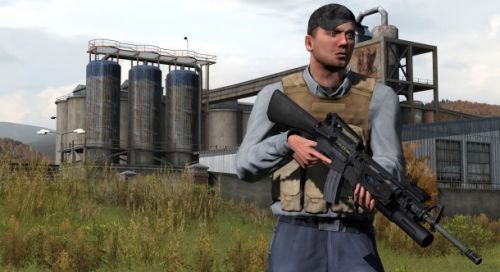 Due to major changes in the core game engine, DayZ, the mega-popular, zombie apocalypse mod of ARMA II will be pushed back until 2013.

Many gamers out there dream of the ultimate zombie survival MMO, and DayZ seems to be the answer. However, the originally planned 2012 release of the game was finally decided to be postponed, mainly due to a huge technical decision of the design team in totally revamping the game’s engine. Simply put: a more server-client, MMO architecture model has been adopted, and it may take more time. Creator of DayZ, Dean Hall, discussed it over the official Tumblr blog of the game:

'We are still working towards a target for an initial foundation before the end of the year, but we will slip this date if needed. We will not compromise the project for the short-term gain of meeting this date,' stated Hall firmly.

Above all else, Hall has expressed his concern in getting a better server experience for gamers on DayZ from day one of its release. These major shifts in technology only mean that they want great things to come out of this game, and that only means good things for gamers.

In many ways, once this phase is completed — one could effectively say that DayZ is running on a new version of the engine. While the graphics may look the same (for now), under the hood so much is being completely rewritten. Using the leaders in online design and innovation as a guide, such as Minecraft, they hope to dramatically change the way Things like weapon and item customization. Here a quick list of aspects the team wants to implement for DayZ going into 2013:

2). Release thorough Steam and will contain many of Steam’s key online features

3). A smooth launch of the game, so don’t worry about the usual problems many online games face during release time.

5). Smoother character model animations that will give better and quicker feedback to players.

6). A wide variety of clothing options for your characters to choose from (hats, coats, pants, shoes, etc.)

7). Weapons and items will be highly customizable due to the new game engine mechanics.

8). Servers will be able to control character actions, according to player client requests.

9). Overall map design will be improved, all with new objects, buildings, areas to explore, and fixing game glitches.

Community members are also getting involved with many of the projects currently being worked on, so we know that people who love and will do the game justice will be making things all the better. We are definitely looking forward to what co-op action will come out of DayZ in 2013.