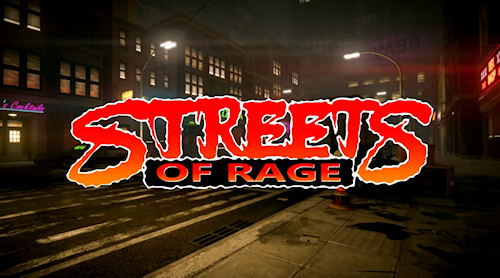 So here's an odd story.  Ruffian Games, creators of Crackdown 2, were working with SEGA on remaking the classic Streets of Rage franchise for modern day consoles.  A two minute video was leaked to the internet showcasing the game's graphics, environments, and even some gameplay.  It's easy to see some of the Crackdown influence in the fighting engine, but it definitely looks like this could have worked.

The leak was confirmed by former Ruffian developer Sean Noonan via Twitter.

So it seems like one of my previous projects has leaked, as pretty as I remember.

The game was originally pitched as a downloadable title.  Sadly SEGAs financial troubles this year probably put the project on hold.  Perhaps someday we'll get a modern sequel to one of the best beat em up franchises in videogame history.