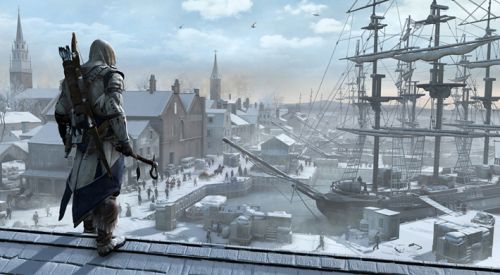 If you're looking to snag the latest iteration of Assassin's Creed 3, the first one to include a full fledged co-op mode, and you don't want to spend a lot - look no further than Amazon's Deal of the Day today.  The normally priced $60 title is on sale for just $33 until the end of the day.

The special pricing applies to the Xbox 360 and PlayStation 3 versions of the game while the PC and Nintendo Wii U editions are left out of the sale.  All versions support four player online co-op in the game's Wolfpack mode.  We gave the game a favorable 4 for the co-op, but found the single player lacking in the polish department.  Hopefully that recent patch fixed things up and it should be well worth the $33.