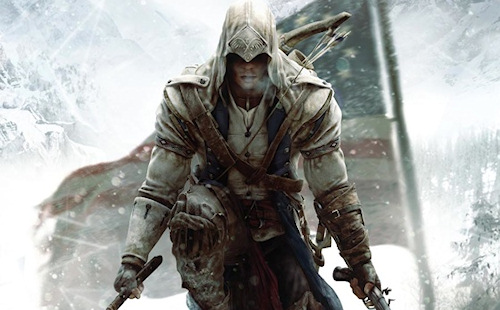 Every now and then I post a review, hop on over to Metacritic, and wonder what the hell everyone else was playing. Assassin's Creed 3 was one such review. There are a lot of stellar scores for Assassin's Creed 3 on Metacritic. Man, I wish they had their version of the game. Because my version is scheduled to be patched "by the end of next week."

Here's a brief list of bugs that must have been absent from their game: (SPOILER ALERT)

Now I understand everyone has a different gameplay experience. Heck, I had a good time with Brink when it came out and some people couldn't even get it to load. I gave Borderlands 2 the highest score I could because I think the co-op experience completely overcomes it's flaws. All I'm saying is that you have either been incredibly lucky playing Assassin's Creed 3, or you have not.

Anyway, the co-op is good. I'd wait until after Thanksgiving before diving back into the single player campaign.