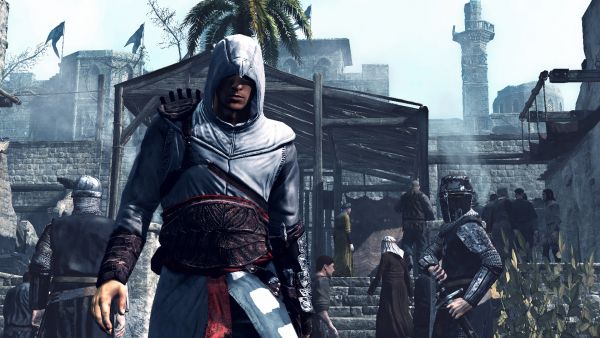 Ubisoft wants to know what you want in Assassin's Creed 3.  Well, not you, but gamers like you.  In a survey conducted by Global Market Insite (which may be the most evil-sounding marketing company, ever ) a host of features were inquired upon.  The questions ranged from such topics as the plot, setting, new characters, and even a crafting system.  There are also questions about customization in for the multiplayer modes, a la super franchise Call of Duty.

The most intriguing prospects to us were the co-op questions, of course.  The survey asked participants how much they would like both online and off-line co-op.  Alas, the survey is down, now.  Hopefully, respondents pushed for co-operative support.  Ubisoft has acknowledged that time and resources were a factor in the absence of co-op in Assassin's Creed: Brotherhood.  If the AC franchise hopes to be an annual heavy hitter, and it does, co-op will have to play a part in the future.  To see what other features Ubisoft is pondering, read on.

Tactical use of a variety of bombs suited to unique contexts and situations (smoke, poison, flash, explosive, etc.)

An additional objective where you and your Assassins guild fight against the Templars to gain control of a city, district by district

Playing as a new Assassin, in a different historical time period

A continuation of Ezio's story as the leader of the Assassins, set outside of Italy

Deeper connectivity between all the Assassin's Creed projects (eg. an action you make on the Facebook game will impact your game experience on the console; events that you read about in the comics will be related to the storyline of the videogames, etc.)

The availability of new maps for the Multiplayer

A choice of additional Multiplayer characters with new skill-sets