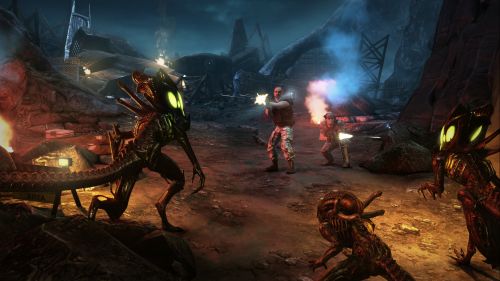 Aliens: Colonial Marines is only two months away from release after years of waiting.  The Gearbox developed title, featuring a four player co-op campaign, has been high on our anticipation lists for a very long time.  As we inch ever close to the February 12th release date on Xbox 360, PlayStation and PC we plan to consume every bit of info we can.  There's a Wii U version of the game in development as well, but a release date for that has not been announced.

Today we have a handful of new screenshots and videos that showcase an action game filled with plenty of tense moments.