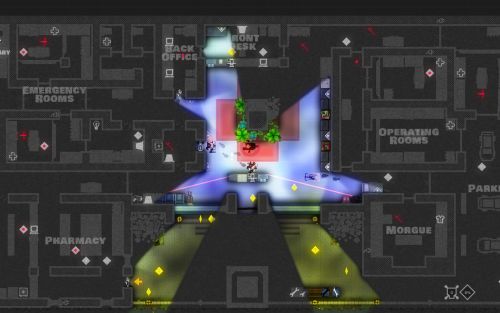 We've been following Monaco: What's Yours is Mine for quite some time now, ever since it won the IGF award in 2010.  We've interview the game's creator  Andy Schatz on our podcast and at conventions, and now it seems we're all finally ready to play the game.  With the platforms announced of both PC and XBLA, Monaco will soon be in co-op gamers hands.

Speaking of the soundtrack, the game has been scored by Grammy nominated composer Austin Wintory, who also scored Journey.

Monaco is all about heists, players must work together to steal valuable loot from different locations while taking the roles of specific classes.  It supports four player online and local co-op.  We'll be covering some of the beta version of Monaco in the coming weeks here on Co-Optimus, so be sure to check back.