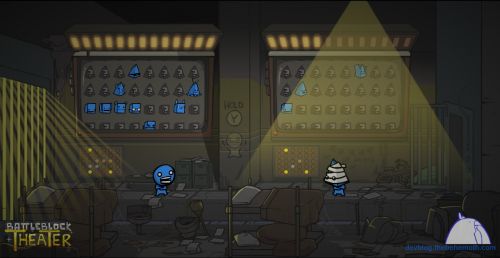 Ever since it was known as "Game #3" way back in 2010 up until now, we've been following BattleBlock Theater with anticipation of The Behemoth's next great game.  We've played the game plenty at a few Penny-Arcade Expos and each time we've been more and more impressed.  We even talked Dan Paladin, art director on the project.  But the one thing that has alluded us is when exactly we'll be getting our hands on the game - which is slated to release on Xbox Live Arcade.

The latest dev blog post on the Behemoth's site brings us up to date.  Telling us they are in "the home stretch" of development.  There's lots of playtesting, tweaking, and certification yet - but apparently the end is in sight!