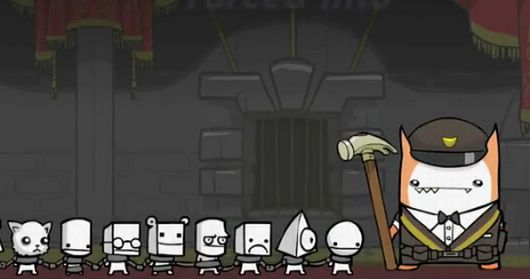 It's been a while since we've heard anything about BattleBlock Theatre. The Behemoth's follow-up to their excellent co-op title, Castle Crashers, is still in production.  We expect to see this game sometime in 2011.  If you want to check out the gameplay, and get a little idea of the story, you can watch the trailer here.  The good folks over at The Behemoth have provided some more videos depicting how the numerous unlockable prisoners (rumored to number over 200) are spending some of their free time.  Prisoner #10325 is doing it right.

As an added bonus, we tossed in the opening cinematic.  It's awesome.  BattleBlock Theater should support at least 2 player local and online co-op, but The Behemoth has stated in their FAQ that they have not released a solid number for the amount of players.  Here's hoping for more.  Enjoy the vids!