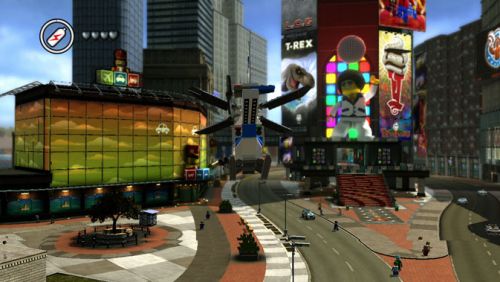 There are only three things certain in the this world; death, taxes, and the constant release of LEGO games. The "LEGO" name has appeared on over 40 video game titles since 1997. It's true, at least according to Wikipedia, and you're not going to argue with Wikipedia, are you? At least two more are slated for 2013, and they both look promising.

LEGO City: Undercover is an open world cop-apalooza exclusive to the Nintendo systems. LC: U looks and plays like LEGO's other licensed games, but it's based off the LEGO City playsets and vehicles. LEGO Marvel Super Heroes will be available on almost every conceivable system and feature everyone's favorite summer blockbuster draws. Both titles are being developed by TT Games, so you can expect the same family friendly humor in both games. Check out the E3 2012 trailer for LEGO City: Undercover.

As far as co-op is concerned, there are few details, but these are LEGO games. Two player local co-op is pretty much a given. LEGO City: Undercover is listed as having  two player support on Nintendo's E3 2012 All Access page. We doubt that Nintendo and LEGO have teamed up to make an adversarial mode. There's no player count for LEGO Marvel Super Heroes, but we'd be shocked if it was a single player game.

LEGO Marvel Super Heroes will feature over a hundred unlockable characters, some of which can be seen grimacing in the promo shot below. Nick Fury will once again summon Marvel's mightiest heroes do do battle with the forces of evil.