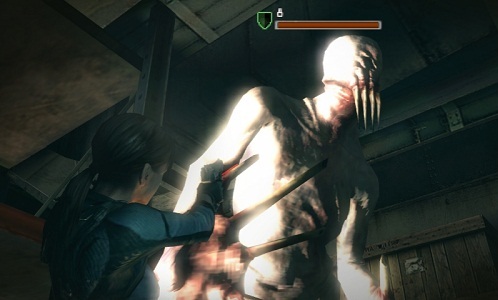 Back in November we reported that Resident Evil: Revelations would likely be coming to the Xbox 360 in the near future. The evidence came from the Korean ratings board, which often rates games before they're officially announced. If that wasn't enough proof, Xbox360Achievements.org has recently published the game's full Achievement list... So yeah, it's only a matter of time before the former 3DS exclusive pops up on consoles. We thought the original version had some fine co-op, so this is certainly great news.

Resident Evil: Revelations' Achievements will provide a total of 1000 GamerScore, just like the previous rereleases of Resident Evil 4 and Resident Evil: Code Veronica. Those two titles received a retail release in Asia but not the US, where they can only be purchased digitally. Revelations could certainly end up following a similar release pattern.

Speaking of RE 4 and Code Veronica, many Achievement hunters criticized the two titles for only offering 12 Achievements apiece, a sure sign that they had originally been intended as Xbox Live Arcade games rather than Games on Demand. Revelations, however boasts a full assortment of 50 Achievements. Half of those are devoted to the 2-player co-op Raid Mode. Clearly Capcom wants console players to take full advantage of Raid Mode's many cooperative missions.

The Xbox 360 version of Resident Evil: Revelations still hasn't been officially announced, so we don't have a release windows or know whether the co-op will be online only or not just yet. Stay tuned, horror fans!