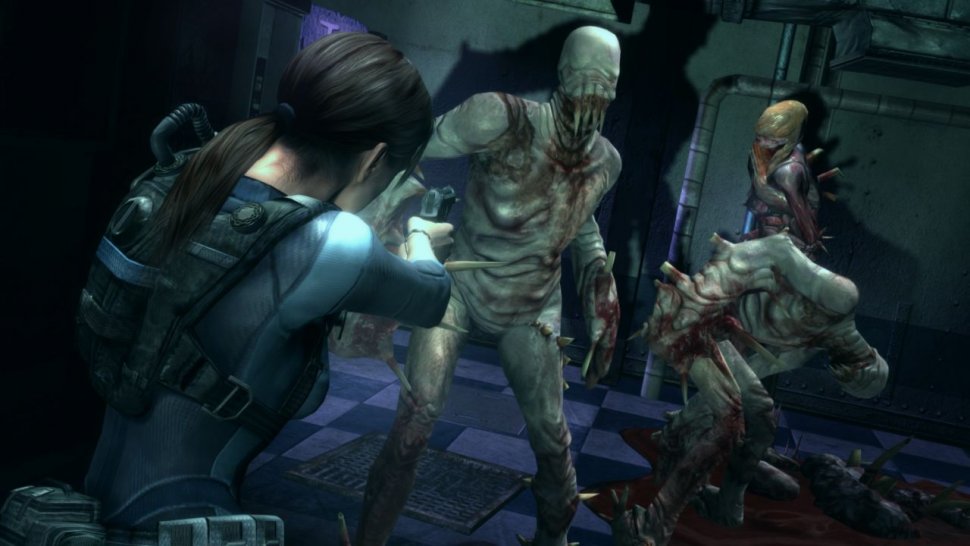 Resident Evil 6 may have been a disappointment for the most hardcore Resident Evil fans, but not every game in the series has strayed completely away from that original feel. The demo for Resident Evil: Revelations, which will be hitting the console scene next week, was given pretty decent reviews as a 3DS title.

The game was originally released exclusively for the 3DS back in February 2012, but that shouldn’t keep players from looking forward to playing the Revelations demo via Xbox LIVE, PlayStation Network, Steam, and eShop this coming Tuesday, May 14th. Currently, Capcom hasn’t provided much detail on what portion of the game will be included within it, but they have stated that players will be given a small sample of the “claustrophobic hallways of the Queen Zenobia”. In addition, we found some specifics on the Wii U version of the game via the official trailer below:

Like most games found on the Wii U, the GamePad will be a secondary screen for you to interact with environmental objects, such as door locks and. Luckily for us, no HUD will be on the main screen in this game, instead being displayed on either the touchscreen or vise-versa. Whether you choose to play the game through the TV screen or the GamePad, the game will still produce a solid, classic Resident Evil experience. One of the more fun features this version includes players being able to write messages after dying, where are shared over the Miiverse with other players. Even the mutated creatures in this game can gain quote bubbles with customizable text for some funny results.

Resident Evil: Revelations will arrive for all major platforms on May 21st.