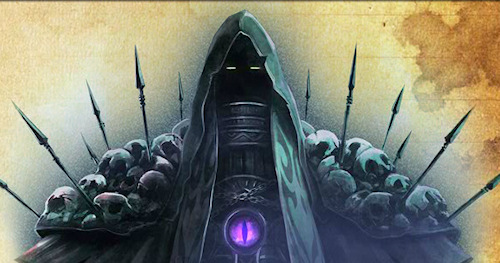 SEGA have released a new free to play game on iOS and Android which mixes strategy and base building with real time combat sections.  It's called Kingdom Conquest II - a game that thrusts players into different classes of characters.  As we said the game is split between two sections, in the main strategy part of the game you'll be building up your base, collecting resources, training units, and conquering lands.  In the battle section of the game you'll face multi-level dungeons in 3rd person combat.  It's the latter sections that allow for some truly fun co-op gameplay, as these dungeons can be tackled with up to three additional players.

Perhaps the most addicting element to the game comes directly from those dungeon battles - its in these where you can find rare monster cards to bolster your army.  This adds to the game's loot gathering element and augments the strategy part of the game.  The more players you can bring into the game's dungeons, the greater the chance for more powerful cards. Of course with any free to play game, there's items to purchase.  I've put about an hour into the game so far and haven't felt any artificial barriers that have been created, other than waiting some extra time for some buildings to be completed.  The combat is fairly satisfying and the graphics are decent for a portable game.