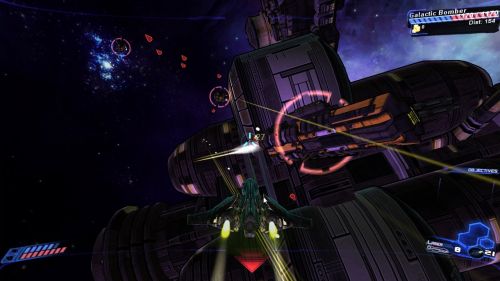 A couple weeks back we mentioned that a new indie co-op game, Dawnstar, would be available that week. The game is a space shooter mixed with Diablo elements wrapped in interesting comic/cel-shaded graphics, and looked to be quite a fun time to have with up to 4 of your friends.

It then got moved a little later to this past Tuesday and it had, perhaps, not the easiest start. Within hours of its release, there were already comments on its Desura page from gamers stating that they had encountered issues with the audio, connecting to friends, and various controls problems. Developer Wraith Entertainment was immediately receptive and tweeted that same day that a patch to address these issues was forthcoming. That patch went live today, but they're not done yet.

We spoke with Wraith Entertainment about what today's patch would fix, and developer Matt Kleen had this to say:

Our patch fixes a sound issue that causes annoying and loud distortion of several sound effects. We've also tweaked our auto-save systems and added in a manual save button. We've fixed a bug that was preventing some people from connecting to a co-op game. Finally, we've fixed a few quality of life bugs in the game.

They went on to talk about how they're continuing to tweak and fix issues, and do their best to add features, as the community raises them, "We're not done patching the game," says Kleen, "But this first patch fixes the most prevalent and serious bugs in the game. We love feedback, bug reports, and support from everyone."

We'll have our review of the game, patches included, for you all next week. Until then, if you're interested in checking the game out, it's available on Desura and GamersGate. They've also got a Steam Greenlight page going to try and bring their title to that platform. If you do experience issues or have feedback for the developers, then feel free to get in touch with them on Desura's comments section for the game or by emailing mkleen@wraithent.com.