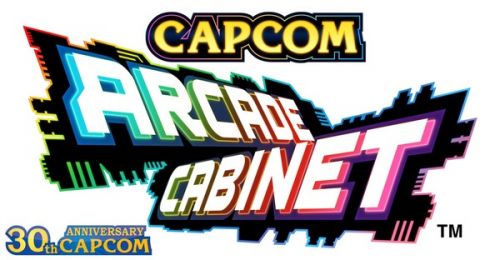 A few weeks back we heard of an upcoming XBLA and PSN offering from Capcom that would offer plenty of co-op and retro fun called the Capcom Arcade Cabinet. The idea behind this was for the Japanese developer to continue its 30th anniversary celebration by re-releasing the classic titles that helped propel it to its current state over XBLA and PSN in an arcade shell. The cabinet itself is just a decorative storefront, of sorts, for the packs of games that are set to release over the coming weeks, but it certainly helps invoke some of those memories of spending your entire allowance on a few games of Ghosts and Goblins or 1942... and then begging for an advance on your next allowance cause you're so close to the last boss!

Capcom's now released the list of games they have planned to release over the next few months. These titles span some of Capcom's greatest hits from 1984 - 1988 and include quite a few co-op games, like Avengers, Gun.Smoke, Legendary Wings, and more. The full list, along with prices and release dates, can be found below.

BONUS PACK
Purchase all 15 titles, get 2 more
titles for free. Tiitles to be confirmed

In addition to the schedule, Capcom has also released a whole slew of screens for what to expect from the cabinet when it hits the XBox Marketplace and PSN Store next week.