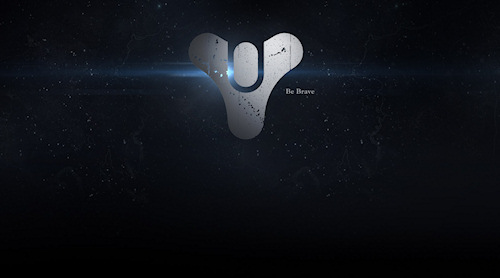 We are on the verge of finally discovering what the next big thing from Bungie is all about. In an official site release yesterday, Bungie confirmed the name of their newest creation as Destiny. Almost nothing is known about the title other than the tagline - be brave. What this references means, like the game itself, remains a mystery.

Here is what we do know. Activision will be partnering with Bungie to release Destiny, which is supposed to be unveiled at GDC in March. Official Facebook, Twitter, and Google sites have been launched for the title.  Bungie has also created an official Bungie forum for Destiny. Suffice it to say, there are plenty of outlets for theorists to share their predictions and ideas regarding this latest Bungie endeavor. Most noteworthy, there is a scheduled Destiny reveal for February 17th (cue social media critical mass).

Further details leaked back in November of 2012 with hints pointing to the cooperative nature of the game.  We also saw some concept art and what was rumored to be part of the story.

With so little revealed about Destiny, it leaves many of us holding on for any juicy tidbits that may be thrown our way. Will it be another sci-fi epic in the vein of Halo?  Due to the integration of Activision, will it feature some sort of MMO themed element? Will it be an FPS for the Xbox? Previous Bungie games, primarily the Halo franchise, offered some of the finest and most polished cooperative experiences in recent memory. Hopefully, Destiny will build upon this rich history of cooperative game play and give players new and exciting experiences. Stay tuned for more information about Destiny as it is revealed on February 17th.