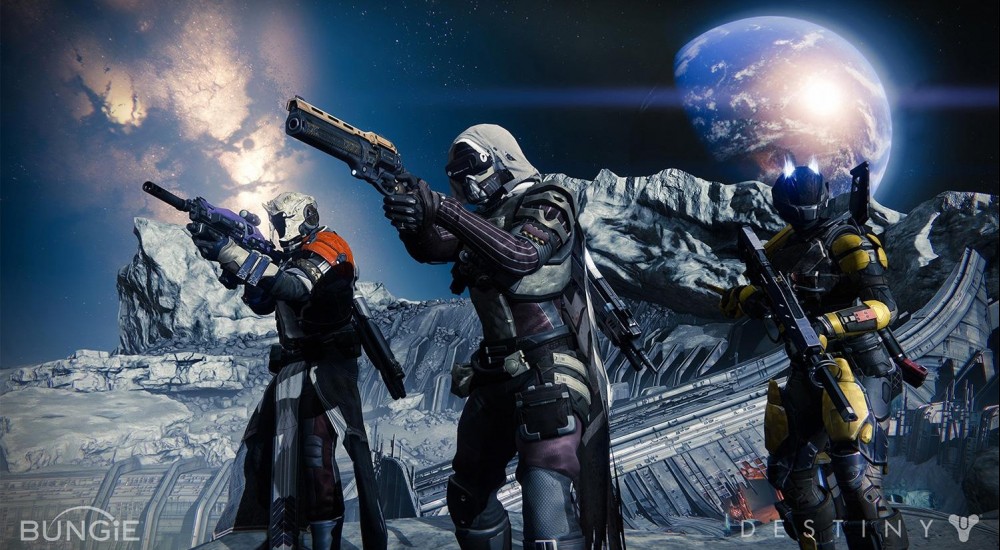 One of the highlights of Destiny, multiplayer-wise, are the challenging Raids. Players work together, sometimes for hours, to complete high level raids and reap in the potential loot they carry. Well, Bungie has heard a ton of feedback over the course of these last couple of weeks and is discussing the addition of matchmaking within these Raids.

"The Raid was designed for solid teams of killers who have made a commitment to solve a dense and explosive riddle. Most of the raiding parties who have emerged victorious from the Vault of Glass have sworn that one weak link would have doomed their chain, " writes DeeJ on the Bungie blog, "There have been other stories, of course. We’ve heard tell of Guardians who met each other just outside the door that leads into that vault. Strange tales have reached our ears – tales of total strangers who have banded together to see the Raid all the way through to a triumphant finale."

Through internal discussions, the developer is trying to ascertain the value of adding matchmaking of some form to parts of the games more notorious challenges, particularly the Raids. And that's about it, just discussing the possibility of this feature being added:

“We’re having conversations about how Matchmaking might support the more challenging activities in Destiny. It’s a start You don’t need to sell us too hard on the value of Matchmaking at Bungie. It’s something we helped to pioneer."

“Yet, we understand its limitations. In the recipe of a Bungie game, Matchmaking has always contributed the ingredient of a team built to play one match of competitive multiplayer. As you’ve probably witnessed in recent weeks (or years), many of those fresh allies have failed to go the distance together." Although Bungie iterates that this might prove to be "really tricky", they have seen that there is wonderful potential to include a matchmaking addition for players entering Raids, like the infamous Vault of Glass. Player feedback seems to be working and the developer does want to make improvements wherever possible, adding more value to the original game (without the DLC's holding it up). However, for the time being, matchmaking is still not supported and Bungie insists that fireteams are to be made up of online friends only.

“Those stories surprise us, but the players of our games always have. The best I can do to answer your question is to let you know that you’ve been heard. We’re having conversations about how Matchmaking might support the more challenging activities in Destiny. It’s a start. Keep sounding off about it, and maybe someday some matchmade Fireteam mates will hear you, too.”

What sort of other co-op modes do you think should be in Destiny?