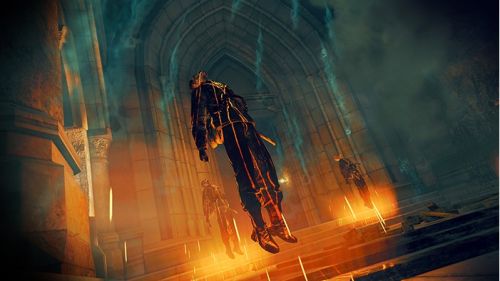 Hey there! How was your weekend? Mine was awesomer than normal. Hope you're ready for a week of some pretty niche releases. There's something for everyone, assuming everyone digs ancient Chinese history, high-pitched anime brawling, or sniping Nazi zombies. Is there really anything more to gaming? Well, yeah, a lot, but this is what's happening this week. Enjoy!

Phantom Breaker: Battle Grounds (XBLA) It's a brawler that features giant-face anime characters hopping, comboing, and Hiya-ing all over the screen. It looks like it will have some of that old school side-scrolling beat'em up charm.  4 player local co-op, 4 player online co-op

Below you will find the retail releases for the week, complete with Amazon links. If we missed anything, please let us know in the comments section.