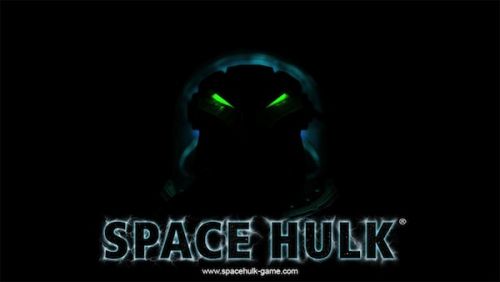 The first screenshots from the upcoming Space Hulk game have been released. The turn based strategy game based on the Games Workshop board game of the same name capture the look and feel of a desolate space hulk in the Warhammer 40K universe.
The dark lighting and claustrophobic hallways of the lumbering spaceship give little hope for the Terminators inside, but damn does it look cool. Developer Full Control has nailed the atmosphere and feeling of the Warhammer series, but gameplay has yet to be seen. While co-op details remain unknown, we are still looking forward to blasting through a 12 mission co-op campaign with our fellow Space Marines against the hordes of Genestealers (that look eerily similar to Ridley Scott's Xenomorphs) A misunderstood Genestealer looking for a hug
Space Hulk is based on the award winning board game of the same name, which is very difficult to find these days. Thankfully digital copies don't run out so we are ready to strategize with a friend in the co-op campaign or go head to head in a battle for intergalactic domination. Cross platform multiplayer will allow players to play on PC, Mac, or mobile devices. Finally, a Space Hulk level editor has also been announced, giving players the chance to design their own levels and share them online. No release date details are available, but we will keep you posted. Terminators setting up in the tactical view
Warhammer 40K games with the Space Marine moniker have always been a decent co-op romp. If you're looking to suit up into some armor sooner than later, maybe check out our reviews on Kill Team or Space Marine.
For more information on Space Hulk, visit the official website.