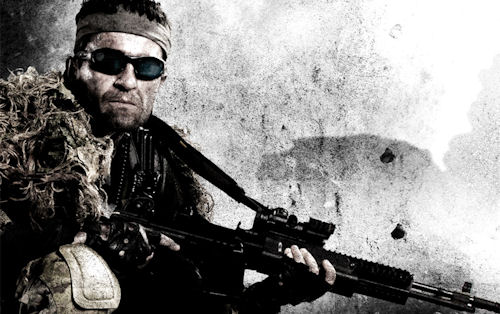 Boehmia Interactive have announced Arma 3, the sequel to Arma 2.  Shocking, I know.  The series is created by many of the original developers of the first Operation Flashpoint game and it retains a gritty and realistic look at war.  Along with this, the Arma games focus on realistic vehicles and weapons to try to emulate an authentic experience.

Arma 3 looks to up the ante for story, by provding a bit more character to the game, something the previous two were lacking.

After years of intense warfare against Eastern armies, Europe has become the last stand for the battered NATO forces. On the verge of being driven into the sea, NATO command embarks upon a most desperate measure. In the hope of seizing what seems to be a well-guarded military secret, Operation Magnitude is launched. A small group of Special Forces and Researchers are sent to a Mediterranean island deep behind enemy lines. However, the mission is compromised and the task force destroyed, leaving Cpt. Scott Miller washed ashore upon the hostile island. In his effort to carry out the mission, he will face the dangers of modern warfare, an unforgiving environment, and the consequences of his own decisions...

The PC game has always been extremely beautiful and with that came high system requirements.  Arma 3 builds on the second game and adds improved features like PhysX support.  On the co-op side of things, while the main campaign isn't playable in co-op, the game promises "cooperative scenarios" for an undisclosed amount of players.

Here's the list of Key Features from the official press release.

Single-Player Campaign - Evolve from a lone prey into a military commander in the open-ended & story-driven campaign.

Vehicles & Weapons – Control a multitude of aircraft, vehicles and ships with accurate simulation; shoot anything from pistols to sophisticated weapon platforms.

Multiplayer Gameplay – Experience both cooperative & competitive scenarios with the full support of dedicated servers for both Windows and Linux.

Customizable Soldier Load - Choose your uniform; assemble your weapon kit; change your load-out; get loaded up.

Arma 2 disappointed us a bit, especially in terms of co-op, but there's a lot of potential here for the new game.  Lets hope Bohemia can deliver.  We hope to go hands on with the game at E3 in a few short weeks and bring back our impressions and some co-op details.