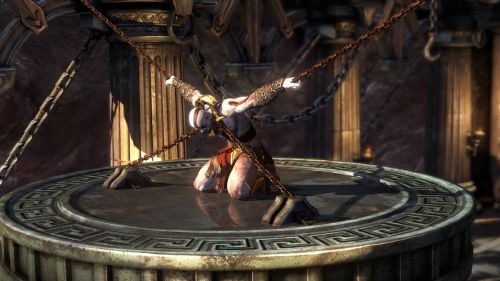 This week there's not a whole lot going on. Co-op is coming to one of the PlayStation 3's flagship titles, but not much else is happening on the cooperative front. If you don't have a PS3 you can catch up on your backlog. You know it's mocking you.

God of War: Ascension (PS3) A first for the series, the new "Trial of the Gods" mode allows you to play through timed waves of enemies with a friend. Earned XP will also improve your multiplayer PvP character.  2 player online co-op

Dead Space: Awakening DLC (360, PS3, PC) I usually don't include DLC here, but Kratos looks so lonely up there, all chained up and everything. The first campaign add-on for Dead Space 3 drops this week. Issac Clarke is riding a crazy train and everyone's invited. You can see our hands-on impressions here. 2 player online co-op

Below you will find Amazon links for this week's releases. As always, if we missed something, do everyone a solid and let us know in the comments section.