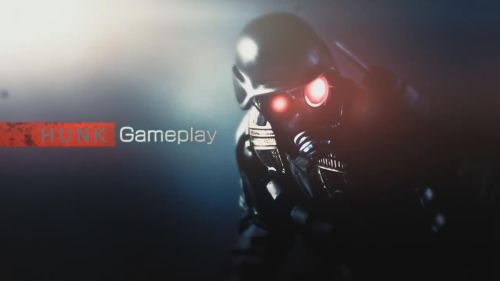 Capcom has released their latest trailer for Resident Evil: Revelations Unveiled Edition that features gameplay for one of the main characters, Hunk. Taking the Nintendo 3DS title and giving it an HD makeover, Hunk joins Jill Valentine on a cruise ship that of course is the site for the latest outbreak of the (insert letter here)-virus as they search for the missing Chris Redfield.

We can't tell if Hunk lives up to his name, because he is covered in assault armor and wears it like a champ. From the trailer he looks to be one hard dude, taking on terrifying monstrosities in tight corners. Pistols, shotguns, and grenades are all great but the best part about Hunk is that he isn't afraid to get down and dirty to shank a fool (for 1 loot).  Check out Hunk in action in the trailer below:

Resident Evil: Revelations Unveiled Edition brings in a new enemy to the series, improvements to Raid mode, and an extra difficulty mode for those seeking a bigger challenge. In addition to all these improvements, players also get the option to play as multiple characters. It features 2 player co-op for both Raid and Arcade modes.

Resident Evil: Revelations Unveiled Edition is out on May 21st in North America, May 23rd in Japan and May 24th in Europe.