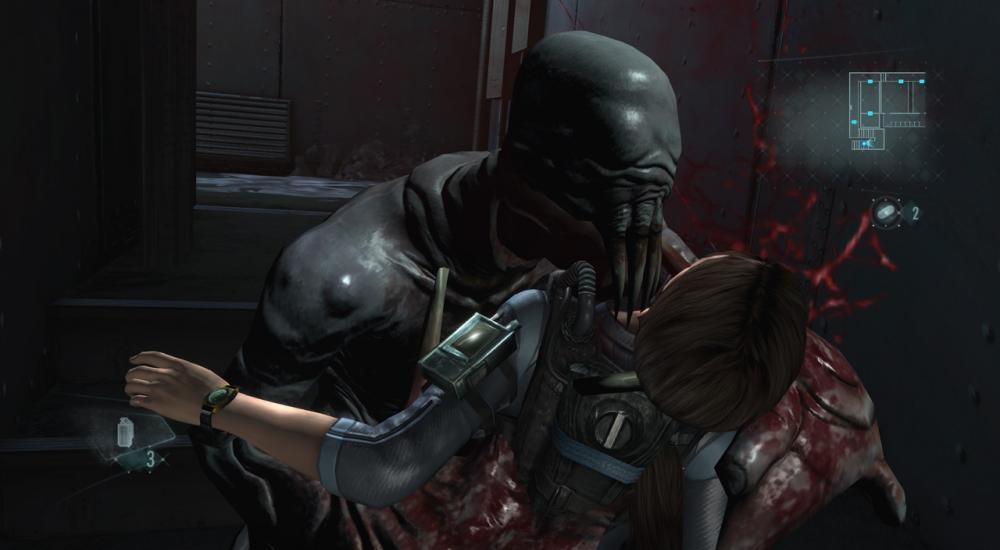 While we've known since March that Resident Evil: Revelations would be getting a new release on PS4 and Xbox One, today we now have a release window and details for the 1080p update of the game. The new version will be releasing in Japan on August 31st with US and Europe releases to follow in the fall.

Resident Evil: Revelations follows series darlings Jill Valentine and Chris Redfield through the events that occurred between Resident Evil 4 and Resident Evil 5. It was originally released back in 2012 on the 3DS with PS3, Xbox360, PC, and WiiU versions following in 2013. This newest version on PS4 and Xbox One will not only run in full 1080p resolution, but will also include all of the previously released Raid Mode DLC for no additional cost.

Since Raid Mode is the part of the game that supports co-op, getting all of this DLC for free can only be a good thing for folks planning to play the game with a friend. Here's the full list of the included DLC: