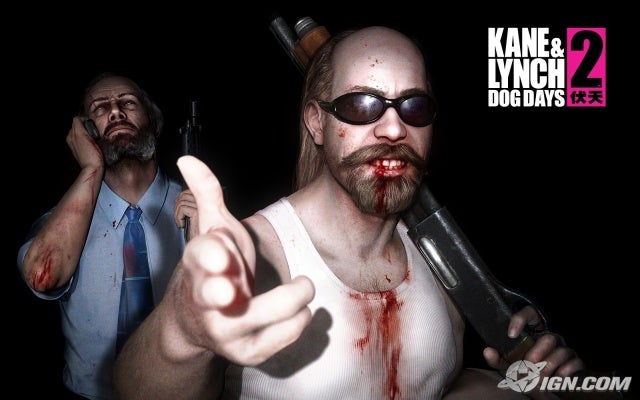 Yes, I know.  Just came out, extremely divisive, goofy multiplayer hiccups, WHERE'S HITMAN ALREADY, blah blah blah.  But there is such beauty in its ugliness.

When I was 16, The Way of The Gun was released in theatres, and I had to sneak in to see it.  Chris McQuarrie, after winning his Oscar for The Usual Suspects, wanted to make a movie about unlikeable characters doing unlikeable things - in this case, kidnapping a pregnant woman for $15 million dollars.  The two characters hate each other, but in a desperate dichotomy, trust each other completely.  It was a gritty and realistic crime thriller without being sloggingly boring...  It was my perfect movie.


Kane and Lynch 2 speaks that same tone to me - from the desperate plot to the tiniest details, this game is perfect to me.

Much maligned is its short storyline game length - indeed, the hardest difficulty level can be hammered out in 8-10 hours.  But this suits the tone of the game and plot.  There are no vehicle plot lengthening devices, no RPG-style progression.  You're on the run from gangs and corrupt government officials, there's no time to upgrade to Wife Beater +2 for an extra 15% armor bonus.  It's a blurred, greasy run for your life after a terrible bender - it had better only last a few hours.

The "youtube-inspired shakeycam asthetic" fits perfectly for the title as well.  I recently played Red Dead Redemption - and while an amazing game for different reasons, the camera threw me off.  When skinning an animal, blood will spatter onto the camera.  Look up during a rainstorm, and drops get on it.  This completely shears the illusion of the game, to me.  I KNOW there's no cameraman there, so what kind of lens is getting all bloody?  With KL2's style, it feels like you're being followed by someone with a bad camera - and when blood or sweat gets on it, it doesn't break the illusion of being there.  It feels like it should be that way.

Adam and James aren't overmuscled bodybuilding soldiers, they're two thugs.  They're old, balding, and broke - who among us with those traits has the time to do P90X?  And as for the rest of the crew, such as the multiplayer ex-pats, they fit perfectly as well.  In the storyline, when you meet them to break into a gang-run sweatshop, you can tell these are the muscle in your boss's operation.  One hacks open a door with an axe.  Close-ups reveal weathered faces, old men, and a tired, jaded desperation.  These are thugs who've seen the worst of humanity (and have been the worst of humanity), and they look the part.

I don't think I've heard a game with audio this good since GTA: Vice City's stellar voice cast.  From the minimalist music you only hear on other people's radios to the voice acting in multiplayer, every sound is near-perfectly nuanced.  Out of the audio, my favorite two instances are the multiplayer ex-pat voicework, and the Dead Men in story mode.  With the ex-pats, the way they shout immediately before and after the heist is committed is amazing.  From what to do and then the sudden "$#!&$ things went wrong!," it is perfectly placed and cast.  But even better then that are Kane and Lynch during the game.  When things go wrong, really wrong, in a firefight, the crazy in Lynch and the mercenary in Kane come out.  Lynch mumbles to himself, telling himself to keep it together, or slowly counting from one to ten, in an effort to stay focused.  Kane, meanwhile, shouts strategy and orders (such as "they're flanking right, cover right!") in the thick of combat - his priority is on staying alive and getting his stake.

Dog Days is definitely not for everyone.  But for me, it's perfect.