A few years ago, when the Xbox was new to the gaming world, Jet Set Radio Future and Halo were the only two games I had that were new enough to be interesting. I would alternate between these games, and my mind came up with some amazing dream scenarios where I was the Masterchief on rollerblades 'shooting' cartoon cops with spray paint from a shotgun. This awesome phenomenon had not been matched...until now.

Last month I was bestowed with a few gift games, one of which was the popular Xbox-360 Co-op zombie killing game Left4Dead, and the other was a Wii game my sister and I play together regularly over wi-fi called Animal Crossing, where you play a silly cartoon-ized life sim game full of talking animals. I alternated between these games for a while, and something bizarre happened. Odd crossover, or awesome brain damage? You decide.

I have fled the city, and all surrounding areas with a group of friends, but we were separated by a herd of Tanks chasing us every which way. Being alone in the infected world with no ammo was terrifying, so I ran. I spent days searching for food, and water, before I stumbled upon a very secure, remote town. The hand painted sign says “Sparta”. My name is Regn, and this is where I wait out the apocalypse. 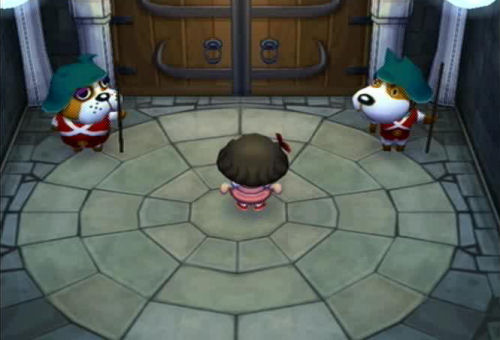 I had to beg the gatekeepers to let me in to the town; they weren't very trusting of outsiders, and took a fair amount of convincing to trust me enough to move the heavy wooden gates. Upon my admission to Sparta, I met with the very unlikely caretaker, Tom Nook. He seems to keep his power by hording things people need. He is holed up in an abandoned grocery store, keeping things such as food, furniture, plants, and minor weaponry such as axes and shovels for barter. He was nice enough, in a 'business man' sort of way, and he set me up with a nice cozy shack by the beach. 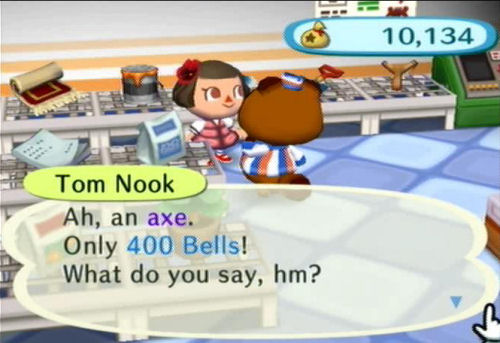 Having supplies available to the townsfolk, I had to learn to barter with old man Nook for the things I needed. I spent many long days harvesting fruit, fish, and collecting seashells (I didn't ask what he 'needed' with the seashells, don't ask, don't tell) to pay for my weapons, and general comfort, while keeping enough food left over to sustain myself. The days of farming and fishing were long, but rewarding, and I soon started to fit in with everyone else. 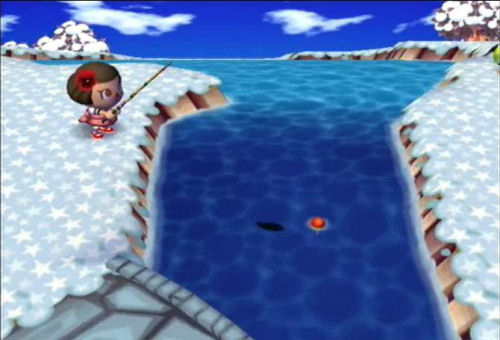 I was a guest in this town, and as such, I was dependent on the wisdom of the natives. Most of the townsanimals are wary of any sort of cry for help after passing a Witch or two in their time. So, I was sent on errands to prove my devotion to them, and expected to check in regularly to prove I wasn't doing anything fishy - After so much strife in their lives, many of the townsanimals were a bit...irritable over little things. As a personal side-note, I thought it bizarre that all of the inhabitants of Sparta were talking animals; I blame this on hallucinations from being exposed to so many terrible things for so long. My mind wants to see cute, colorful animals – so that's what I see. It's not such a bad thing, so I accept that and live with it. 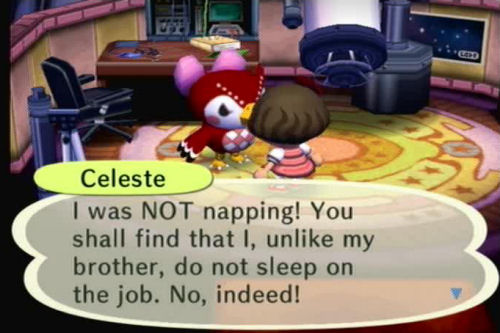 Even with the tense nature around the world, some of the townsanimals were oddly welcoming. Seemingly as a constant sigh of relief for arriving to a safe place, some even managed to flee with loved ones. One of these folks is called Blathers, who seems to occupy his mind maintaining a museum with the help of his young sister – quite a task. I try to help them out by bringing the museum fossils to be identified, and bugs to be studied, and fish as reserve rations. They seem to appreciate the so-called patronage, and perhaps by learning about the bugs or fish of this region, we'll discover why we're completely infection-free. 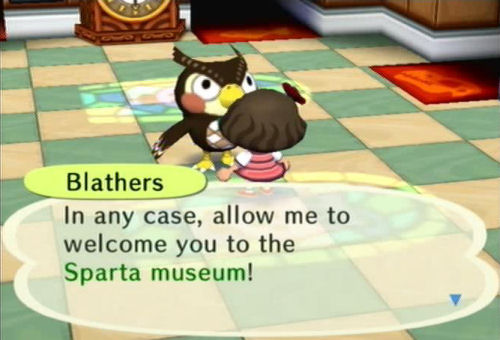