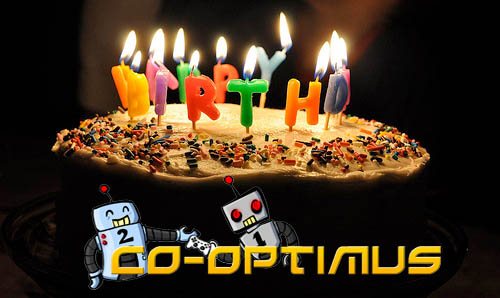 As Nick pointed out in his “2008 Co-Op Year in Review” article, there were certainly a lot of co-op titles released last year.  Some of these captured the essence of what a co-op game is all about, and some could have taken a page from those games’ design doc.  While we’ve gone over the general gameplay experiences and specific pluses/minuses for all of these titles in our reviews, it’s worth taking a look back over the successes and failures of 2008’s co-op releases to identify exactly what distinguished a “must play” from a “bargain bin” title.

One of the basic principles of a co-operative game is that you and a friend/acquaintance/stranger-on-the-Internet are working together as a team to achieve some goal.  That’s not at all a profound statement or concept, but somehow it is the very same concept that not all co-op games manage to achieve.  Take, for instance, Bionic Commando: Rearmed.  This was one of my favorite games growing up and when I heard it had co-op (even if it was local play only) I was excited.  Being able to swing and grapple with a friend seemed like it would be the best thing since sliced bread.  What happened, however, was more akin to sliced bread that’s been left under the refrigerator for a week.  It’s not that it wasn’t fun to play with a friend, it’s that it just wasn’t co-op.  If my friend swung out too far from a ledge, I couldn’t shoot out my bionic arm to reel him back into safety.  If he decided to go wander off on his own, there was nothing that really forced us to group back up again to tackle the Badd troops.  We were both there playing the game, but it didn’t feel like we were a team.  While these may seem like small details to harp on, they’re exactly the kind of details that made other co-op games good. Left 4 Dead took the fantasy of teaming up with a group of friends to fight your way through the zombie apocalypse and made it a reality.  But more than that, it expertly recreated the look and feel of those classic zombie flicks, like Dawn of the Dead and Day of the Dead, where the only way you and your friends can survive is by sticking together and covering each other’s backs.  While the big events, such as the A.I. Director unleashing a horde of zombies, a hunter, and a smoker at you, help to set the mood and gives your group a pretty compelling reason to work together, it is the little things, like the characters shouting “reloading!” to let others know they’re vulnerable to an attack, that really make it a great co-op game.  There are quite a few co-op games that provide you with the opportunity to tackle a horde of bad guys with some friends, but the truly great ones make you feel like you actually are a team fighting to survive/defeat the alien menace/win the war on drugs.  It’s not just about a shared experience; it’s about working together to share the glory.