Most of us have a peppered past, and by that I mean that we each have our own unique and interesting stories about landmark decisions and resolutions that we have made. At some point in the last 26 years, I decided that cooperative games were far superior to competitive games (generally speaking). Around the 24th year mark, I decided to marry my wife. Last year, I decided to expose us both to Co-Optimus...and thereby bridge 15 years of bad decisions with two of my more worthwhile pursuits.

First, a couple of details to peruse before continuing: my wife is not a registered member at Co-Optimus.com, and she is not a gamer. I proposed to her with the faith that she would be a good wife and mother, that she would do her part in daily chores and household income, and that she wouldn't become the badgering archenemy to my primary hobby: video games.

Most people go into a wedding without an inkling of what would happen beyond the wedding night. A very small percentage plan as far ahead as possible, and even less have contingency plans (see: prenuptial agreements) just in case of the unforseen. Fewer still have full confidence. None can see the future.

So you can surmise the Mount St. Helens of faith that I conjured to keep my head from exploding at the altar.

Perhaps my blindness was brought on by several long evenings of Burnout 3: Takedown together, or by her woven tales of Halo 2 with a former boyfriend... No matter the reason, I was duped. A pink controller and many Earth rotations later, she still would not revisit video games.

Fortunately for me, all was not lost. Somewhat recently, a good friend from across the lake was able to convince his wife to join him for a co-op match of Halo 3. Some lucky timing on my part and a puppy-eye routine convinced my wife to likewise join, and suddenly I could see myself reaching the peak of Mount St. Helens. The clouds cleared and eagles soared as Heather configured her profile and plugged in a headset.

"Hi, Jo!" she giggled into the microphone to her friend, "I hate this stupid thing, but I'm on it anyway!"

I sat in awe for a half a minute or so, until she nudged me. "Come on, start the game!" 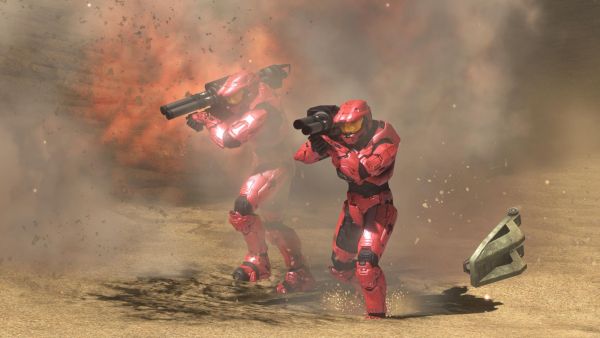 Mere minutes later, I was in the thick of interplanetary battle with my friend and our wives, and I wondered: Does tomorrow have to come?

Oh, but it gets better...for you see, my space alien spouse not only joined me in the struggle against both Covenant and marriage stereotypes alike, but she did so with skill and style. Having your kills stolen has never been so fun. Apparently, a few weeks in Halo 2 is akin to basic training, in that it provides the proper training for years to come. She must have noticed the drool puddle in my lap, because she reached over and pulled my mic boom up in between Warthog turret bursts. The fourth movement of Beethoven's 9th Symphony (Ode to Joy) was surely in my head; we don't have a home stereo system, and I read somewhere that the Halo 3 soundtrack is all original...

Cymbals crashed, voices celebrated in harmony, and Heather drilled 22 Covenant in her first campaign mission. We swapped over to Rocket Races, and she made it to Grade 2 Apprentice.

After we were finished playing, she gave me a stern warning: the controllers were to be put back where they belong, and the dog needed walking. Things were back to normal, but that was okay; from now on, my orders were coming from a Spartan in pink armor. 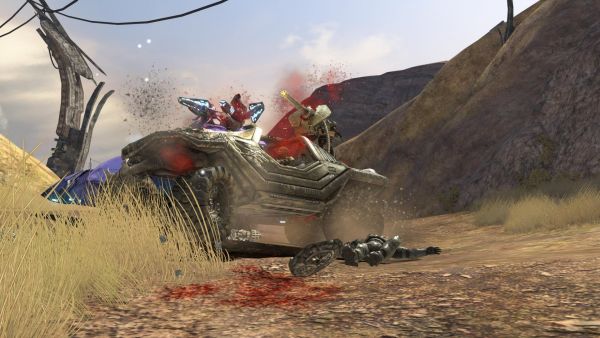 Just do the dishes - trust me.