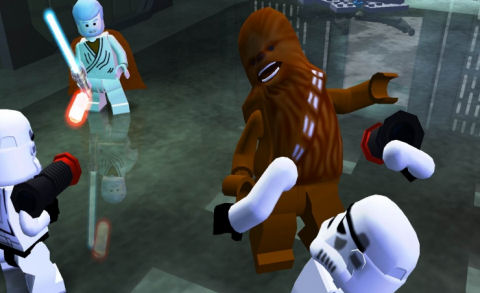 From the Office of Cornelius Evazan, Doctor of Psychology / Mos Eisley, Tatooine

After our initial session outlining TK-299’s traumatic experience about a rampaging Dark Jedi, he has willingly returned with yet another odd tale involving the so-called “Darth Maul”. This new embellishment leads me to believe that the Dark Jedi may in fact be a figment of TK-299’s imagination.

Today, TK-299 continues his ramblings amidst sobs...he describes a disturbing repeat encounter in which “Darth Maul” directs a Wookiee – apparently in partnership for the alleged massacre on the Death Star – to viciously attack TK-299’s squad, rather than dispatch the victims himself.

Obtaining an official account of any activity at the battlestation has been shut down by the local entourage for the Galactic Empire. For the remainder of these sessions, strict neutrality will apply.

Supposedly, a relatively high number of Stormtrooper and Imperial officer casualties have occurred, each immediately following the disarming of each said victim. In this case, the term “disarming” has been used literally: TK-299 states repeatedly that the Wookiee methodically and violently removed the arms from each victim as “Darth Maul” silently watched.

This type of character behavior in dreams usually indicates an elevated level of stress between the patient and superior officers. However, neutrality dictates that until the patient acknowledges that these “experiences” are not real, further sessions will hopefully provide more data for the final analysis.

For the third session, TK-299 will be administered a standard Rorschach test, and will be exposed to a plush Wookiee for emotional response testing. 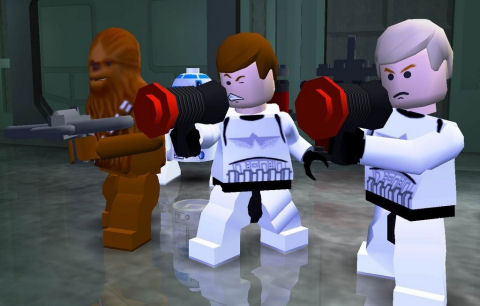 Of the many changes in player attitude and overall experience attributed to co-op gaming, the desire to be on equal footing promotes teamwork more than most. In fact, I’d dare say that it comes second only to the objective of the game itself. How many times have you heard, “come on, let me get one”? Whether hording health power-ups or getting the last roundhouse kick on the big boss, being the MVP of a two-player team isn’t always the best way to keep a good co-op relationship on the right track for future gamer nights.


More and more recent games are allowing co-op players to persistently advance their characters or vehicles – or any other applicable elements of the game – to take with them into someone else’s co-op session. This is beneficial to the “lone wolf” Co-Optimus members out there…but importing characters and achievements doesn’t hold the same value for gamer couples, since they often live under the same roof and have more opportunities to play games together.


So what happens when you find countless enemies fallen to your lightsaber…and meanwhile your non-gamer significant other is beating up Jawas and shooting the local scenery in order to dispel boredom? I have a new suggestion, Artoo: let the Wookiee win. He or she may not beat the Death Star on the first try, but when that explosion of gray Lego blocks finally decorates your TV screen, they’ll feel a sense of accomplishment; a sense of inclusion; a sense of teamwork.


As gamers, we’re prideful by default. (Don’t think so? Try a few rounds of Uberschizoid Mode Schizoid in front of a group of friends. Yeah, that’s what I thought.) We want to advance our characters at every opportunity, and letting someone else clear a room takes a good amount of patience, especially when you could do it in one-third of the time it takes them; but for the sake of your co-op relationship, let your partner take care of a few extra enemies and grab some of the better power-ups and loot. In the long run, you will both develop into formidable heroes, the Emperor will still die, and your co-op partner will be more enthusiastic about playing cooperative campaigns.