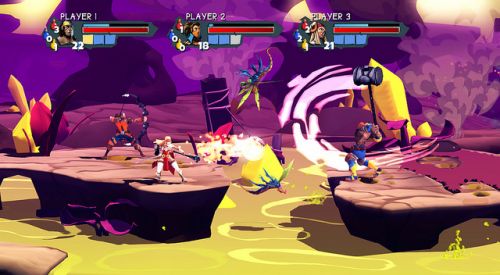 Are you ready for another week of cooperative hacking, slashing, and shooting? Of course you are!

Sacred Citadel (PSN) This side-scrolling hacker slasher is set in the Sacred universe and will act as a sort of prequel to Sacred 3.  The brawling gameplay and fierce mounts remind me of old arcade quarter munchers like the Golden Axe series. That's a good thing. 3 player local co-op, 3 player online co-op

Arctic Combat (PC) The F2P shooter will get a new co-op mode this Thursday. You'll team up with other military types and fight what appear to be aliens. 4 player online co-op

God Mode (PC,XBLA) This quirky arena shooter will allow four dead guys to team up and battle the minions of hell as they attempt to escape the Maze of Hades. 4 player online co-op

As always, if we missed anything, please lest us know in the comments section.