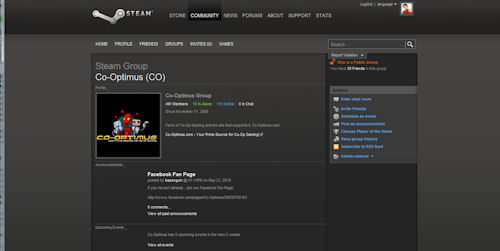 Valve have announced that Steam, their online digital store and community for PC gamers, has surpassed 30 million users.  What's more impressive is that sales on the platform have increased over 200% from the prior year and the adoption rate of their SteamWorks platform has increased to over 200 titles as well.  What does this all mean?  It means digital distribution and PC gaming is as strong as ever.

To put this in perspective, right now it's estimate that Xbox Live has around 25 million accounts for its 45 million consoles sold with the PlayStation Network boasting similar numbers.  This makes Valve's service the biggest and most popular gaming platform out there.

If you haven't already, be sure to join the Co-Optimus Steam Community to find lots of other co-op gamers who play titles like Left 4 Dead, Warhammer 40k: Dawn of War 2, and Killing Floor.