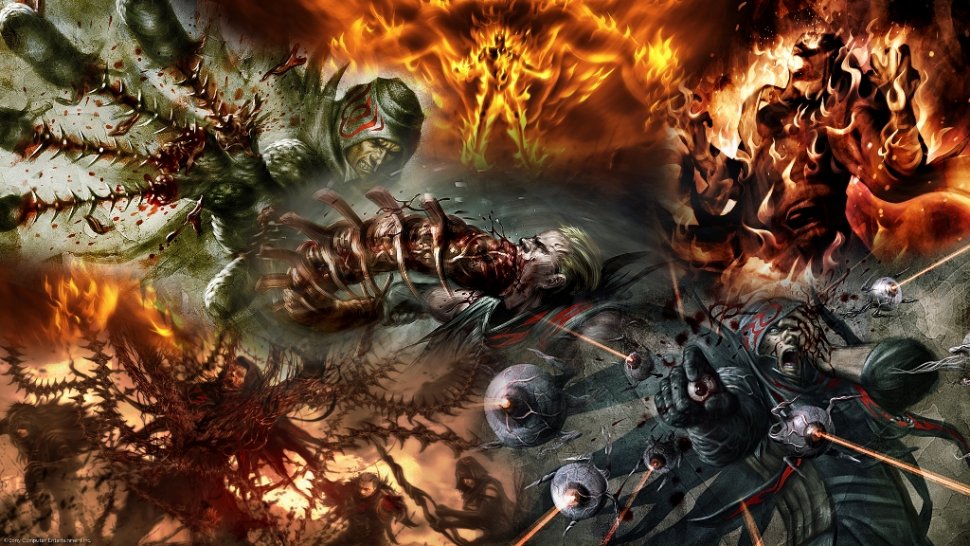 The Soul Sacrifice demo hits the PlayStation Store later today. Prepare to tear yourself apart in order to bring ruin to your enemies. The dark fantasy action RPG will force players to sacrifice themselves (and their co-op partners) to unlock powerful magic. Just look at that header image. I'm not an expert on spell casting, but I think I'd prefer a magical staff or a wand over this particular technique. To each their own.

The demo itself is quite long. I put a few hours into the Japanese version, and I would have played even more, if I had any idea what was going on. Keiji Inafune and Comcept really want to get their hooks in you:

The number one reason for the Soul Sacrifice demo to have a lot of content was to show the users the full attraction of Soul Sacrifice... So, we decided we want to provide, ‘at the very least,’ this amount of the game for the users. That is why, if you compare it to a standard demo, this became such a substantial piece... After we released the demo version in Japan we received many voices, saying ‘[I] want to play more’ and ‘I want to get more hooked on this game.’ That is why we believe making this demo with this amount of volume and detail was a success.

Once you complete the first six missions (think of them as an advanced tutorial) you can unlock cooperative play. Soul Sacrifice supports four player online and local ad-hoc play. I should note that the demo will support online play only until the release of the full game. After April 30th the demo will be limited to single player and local ad-hoc co-op.

Remember the other day when I said, "If I recall correctly, and I may be wrong, your demo progress may carry over to the regular game?" Yeah, I shouldn't have doubted myself. Progress you make in the demo will carry over to the full game. You can increase your spell offerings (the items you sacrifice to cast spells), health, and magical power as you level up your character. The missions are designed to be replayed, and the more powerful you become, the easier it is to dominate a mission and unlock legendary rewards.

If you try the demo and transfer save data over to the full game you will unlock a special spell, "Spirit's Heart." This offering will summon a stone golem to aid you in battle. Trust me, you'll want all the help you can get. Transferring data from the demo to the full game is the only way to unlock this spell. If you're barely considering picking up this game, you should try the demo.